Creating a game is always a dream for every gamer. As a developer for this game, A long time ago, one of my dreams, during childhood, was to create a game. I've tried to create a game on DOS platform using Borland Pascal. This trial was not successfull. Development on DOS was not that easy !

A long time ago, one of my dreams, during childhood, was to create a game.

About a decade later, creating games was easier. There were many ways to create games with a variety of user friendly game editors. This is how the story of Letters Kingdom begins, an educational game for children and parents which playfully conveys the English language in spoken and written. I've started this educational game and the process of development was 14 years ago. In 2007 I took part in an online competition and won the first place. I was a complete beginner in game development at the time. I've used FPSC game engine , a game engine by a British company named "The Game Creators". With their product FPS Creator, I've created an educational game for young children. I've achieved the first place because the FPS Creator was originally intended to produce computer action first person shooter style games. Due to the orientation my game turned on the game engine purpose to a non-violant game, the manufacturers of the tool decided to modify their product so that non-violent games could also be made with it. Now, the product is named Game Guru with a lot of capabilities. If you're a beginner, you want to start the game development career, you need really to start with that game engine.

The second remake has started in 2014.

Initially, the game was a first person camera style game. Later on, in 2014, I've turned on the game into a 3rd person prespective game. I've used a non-Coding Game Engine by an Austrian developer named "Ambiera Coppercube". The game was published on 2016. I've released the game on "Give away of the day" website. With 700 downloads, the success was manageable. However, the result disappointed me and it was also unsatisfactory. Following many requested from several users, I've started to remake the game. I've chosen Unity Engine to start with.

Letters Kingdom is suitable for children from 4 years of age who can use it to learn the English language in a playful way. It is an educational project and has also been designed so that the parents of the children can evaluate and control the progress of their offspring thanks to internal game data. The game is also designed so that older children without an English mother tongue can use and learn the game. Even though, adults can play it. The entire game is accompanied by beautiful music tracks. Letters Kingdom is the result that even children can learn the English language who otherwise struggle to learn it. The game has been tried and tested and delivered very good results. In order to be able to help their child effectively, the parents also have the opportunity to play along and to experience the child's progress and ability to learn. With his game, I was focusing on contributing to replace boring practices of learning a foreign language with an attractive learning way. Letters Kingdom is available for Windows PC and MAC. If sales go well, further portings are also possible for other platforms including Android and iOS.

Now, the game has better look and feel.The game has an enhanced main menu. You can now select your avatar from 40 heros from around the world. There are actually one tutorial level in addition to 4 main levels. Within level 3 and 4 there are two in-game levels. So, in total, there are 7 playable levels. You can play any level you want no target unlocking achievment. More objectives have been added to the game. Additionally, save and load feature , help screen, inventory, on screen map and more features are there. The player can now swim in water. There are new playable characters. Meet the Little Frog, Naughty Monkey, Happy Turtle, Rhino Guard, Mrs Kitty, Big bear and more. (Check out the gallery page to watch the complete list). 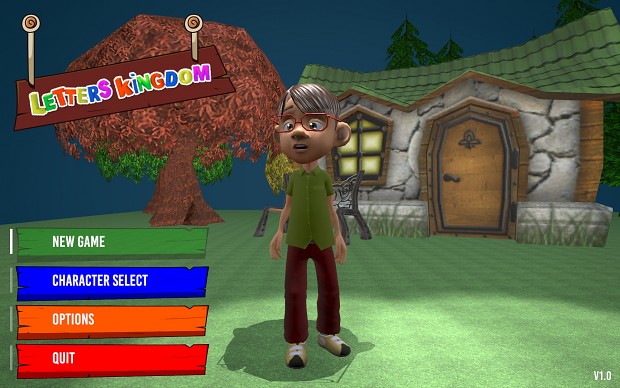 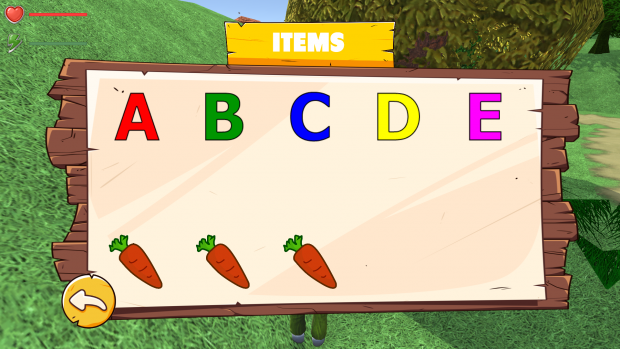 A new website has been created for the game. Additionally, we've added multiple secure payment methods to purchase the game.

Please follow-up the news. We have more to add. Just, support us by purchasing the game and we'll be adding new features to our website as well as the game.